Time for a second "new era" in high school sports in Hanover County.

Atlee moves regions to join Patrick Henry and end their 24-year postseason association with Lee-Davis, while Hanover gets new neighbors in a newly-named region, all part of the 2015-2017 Realignment Plan approved Wednesday by the Virginia High School League (VHSL) Executive Committee. Realignment occurs every two years, including under the old "Group AAA/Central Region" format, based on student enrollment figures, so this process is nothing new.

But with all the changes due to the new Reclassification that took effect last year, they take on added meaning as the changes are bigger, a reflection of both fine tuning the new system and responding to a large number of complaints about it. Most complaints made by schools, and school systems, revolved around added travel costs, loss of instructional time for student-athletes, and loss of natural rivalries in the postseason.

Here are the big changes, which will take effect next August with the 2015-16 school year:

1) Atlee to 5A North: In June, the original proposal by the Alignment Committee, in an effort to balance out Conference sizes in the 5A Classification, sent Atlee, Mills Godwin, and Deep Run from Conference 11 to Conference 16. Godwin and Deep Run each appealed the move, as did Henrico County Public Schools in a critical letter from Superintendent Patrick Kinlaw. The appeal was approved, so only Atlee, who did not appeal, makes the move, joining Patrick Henry in Conference 16.

2) Conference 16, Geographically, Is Huge: Atlee not only joins Patrick Henry, but also meets Orange County, Albemarle, and Halifax County, who remain in the Conference. They'll also be joined by, of all schools, Patrick Henry-Roanoke, who moves down from 6A South to 5A South. So, Conference 16 will stretch from eastern Hanover to the east, South Boston to the south, Roanoke to the west, and Orange to the north. Conference tournament travel costs will continue to be large.

3) Lee-Davis "Annexed" Into Henrico: Certainly NOT officially, but as a matter of speaking, the Confederates will spend tons of time with schools in the county to their south and west, as the only non-Henrico school in Conference 11. Lee-Davis will not be able to meet a county opponent in a postseason until the State Semifinals beginning next season. No more Atlee/Lee-Davis showdowns in baseball, soccer, softball, come late May. In our view, that is a shame.

4) Hanover Gets New Neighbors: The Hawks remain in Conference 20, will see their region change names from "4A South:" to "4A East", but see three teams leave and two come in. Caroline moves to a brand new Conference 19, while Glen Allen and J.R. Tucker leave 4A for 5A, Conference 11 to join Lee-Davis. Coming into Conference 20 is Huguenot (up from 3A) and Powhatan, coming over from the imploding Conference 19. These are not appealing playoff rivals for the Hawks, as both Henrico teams disappear, leaving schools either south of the James or in the city with Hanover in Conference tournaments.

5) Patrick Henry Moves Districts: This is VERY good news. The old "districts" that were to go by the wayside with the old system in 2013 survived, as the VHSL allowed schools to continue to play district regular season schedules. Now there is more autonomy for schools to end district match ups involving teams with great disparity (such as Hermitage and Thomas Jefferson ending their football series after this year even though both will stay in the Colonial District through 2017).

There is also this: Patrick Henry is "traded" to the Capital District, leaving the Colonial, their home for well over three decades, while Glen Allen moves to the Colonial. So, in 2015-16, the Patriots will play home-and-home regular season series in most sports against county rivals, rather than play them just once, meaning, for example, a team like Hanover baseball would only travel to Ashland every other year. Now, PH is guaranteed county rivals come to Ashland every season, and vice versa, which should aid in gate receipts, even though this involves the lesser sports.

In football, this finally frees Patrick Henry to play other schools in September. Being chained to the Colonial District schedule, they've had to play Hanover, Atlee, and Lee-Davis in the Tomato Bowl for the past 12 seasons in the first three weeks of the season. Now playing a Capital District football schedule, they can play those teams later in the season and either choose to keep some Colonial rivalries or make new ones. 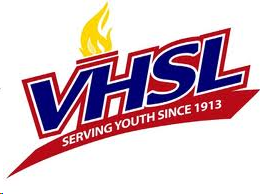 Posted by robwitham at 1:39 AM