It's not every day the head coach of a team calls a win "disappointing".

But in analysis of her team's 96-76 win over Washington & Lee Thursday night, Randolph-Macon women's basketball coach Carroll LaHaye was blunt, but fair, in her assessment.

"We played a very boring game tonight," LaHaye said, noting the team's lack of energy, the lack of energy in the atmosphere in Crenshaw Gymnasium. But LaHaye was quick to point out the fans weren't at fault.

"We as a team need to give the fans something to get excited about," LaHaye noted. Despite the margin of victory, the mid-season win was produced by a team that looked in early season form. 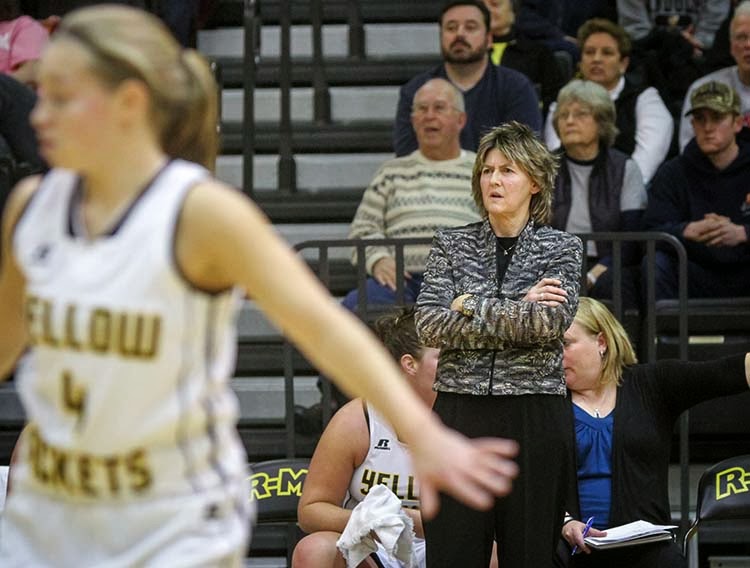 But the Jackets offense was able to overcome both 35 percent shooting from the field in the second half, and a tenacious, gritty Generals squad, limited to just seven players after an early-game injury to guard Darby Lundquist. Washington & Lee, who came to Ashland just 1-5 in the ODAC and 3-10 overall, proved to be a much tougher challenge than expected.

"They were very physical, and we started out slow," said leading scorer Katie Anderson, who tallied 26 points and 11 rebounds for another double-double, her eighth of the year. The Jackets overcame the slow start with hot shooting, 54.3 percent from the field, 10-of-13 at the line, but only found themselves up seven at halftime at 50-43.

The second half was much like the first, Randolph-Macon ahead much of play by 9 to 15 points, but the game never felt like one where the Jackets were in as much control as the scoreboard suggested. Missing point guard Khajae Hester to injury, the Jackets never seemed to find the rotation that provided the runaway spark seen by them so many times in earlier games this season.

LaHaye reports Hester is in rehab and hopes to be back soon. 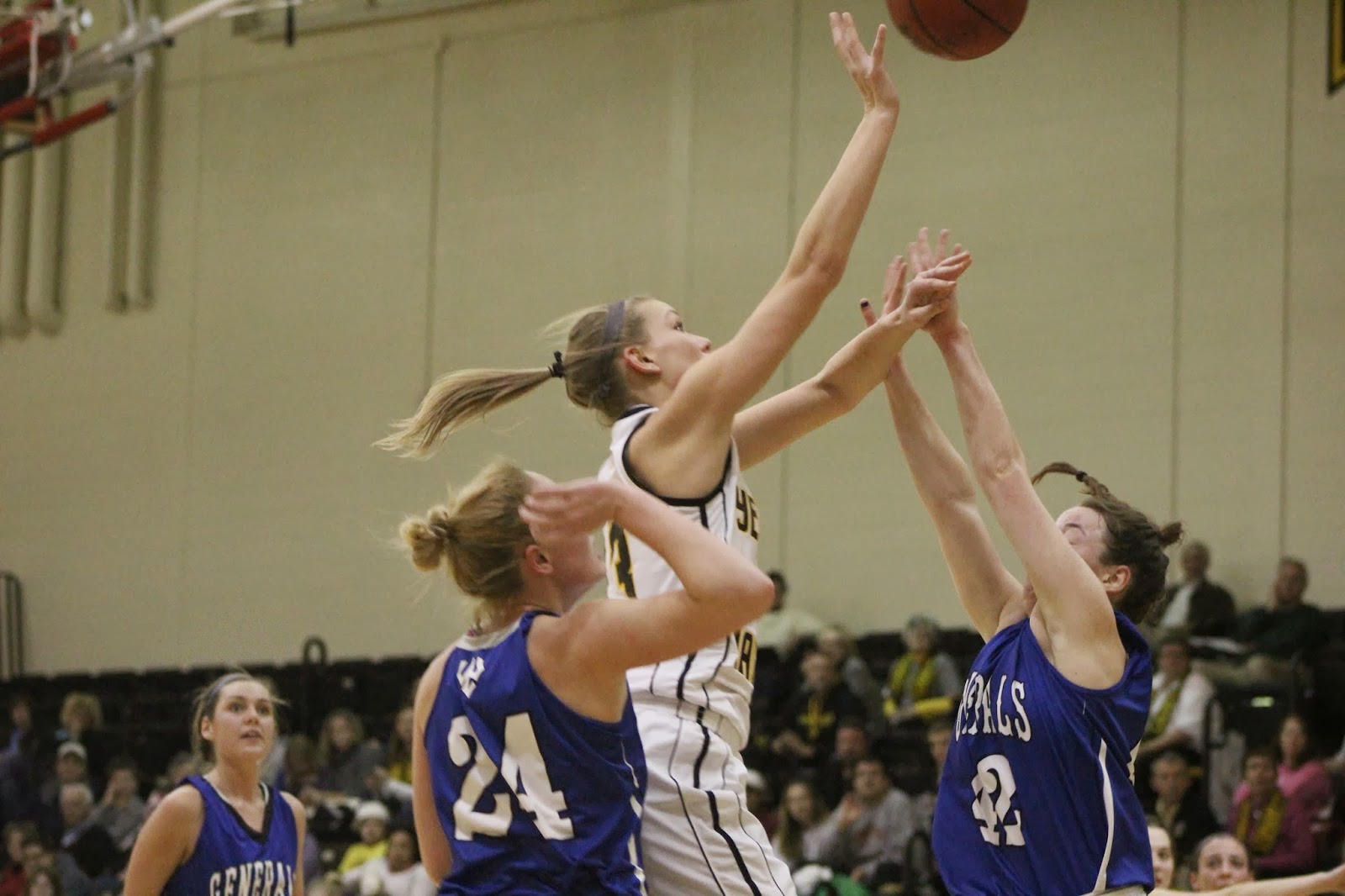 Lauren Vugteveen had a strong performance, adding 17 points, many down low, while Lindsey Sharman added 15 and Sarah Parsons 12. Taylor Huber was ice cold, shooting 2-of-15 from the floor, scoring six of her ten points from the free throw line.

Randolph-Macon will need to find that rotation, and soon, as February looms. Up next is a trip to Roanoke to battle a Maroons squad in the middle of the ODAC standings, just a game behind R-MC, that the Jackets defeated 105-81 just before Thanksgiving.

Randolph-Macon stands at 5-2 in ODAC play, in a three-way tie for third with Guilford and Virginia Wesleyan. Eastern Mennonite and Lynchburg are tied for first at 6-1. Below is the rest of the regular season schedule:

The next four games will go a very long way to determining if Randolph-Macon grabs a bye in the first round of the ODAC Tournament, or if they'll have to battle in a play-in game on Monday February 24th.
Posted by robwitham at 12:00 AM