The third time was not the charm.

An early-game avalanche of slowly hit balls finding the right place, untimely errors, and a couple of key power hits completely knocked Mechanicsville Post 175 off its game Wednesday night. 30 minutes after the first pitch, they were down 9-0.

Not a team accustomed to or built for comebacks, Post 175 fought but still fell well short, losing 13-5 in the American Legion District 11 Tournament Championship game. Mechanicsville finished 15-4, with three of those losses coming to Post 361.

Starter Joey Pride yielded two runs in the first, then 361 struck for seven big runs in the second off Pride and Cody Powers. The kill shot was a grand slam home run just to the fair side of the right field foul pole by Patrick Hall (Glen Allen). Due to balls bouncing the wrong way and key errors, the three runs scored along with Hall on the shot were unearned. Suddenly, Post 175 had a huge hole for the second straight night.

But with only an inning and a half in the books, there was plenty of time and opportunity for Mechanicsville. In the end, opportunity knocked several times, but was only answered once.

The bases were loaded in the fifth, when 361's lead had increased to 12-0. Josh Lam struck out, then Trevor Denton launched a long home run over the left field fence, cutting the lead to 12-4.

Lam would have, incredibly, two more chances to bat with the bases loaded. He struck out again, then hit a sacrifice fly to score Brady Didlake in the eighth for 175's final run. Mechanicsville stranded 13 runners.

Another powerful season for the team that included their third straight District 11 regular season crown, ended with an uncharacteristic thud. Post 175 is built to strike quickly offensively, then allow their pitching depth to finish the work. Post 361 never let them play that game the past two nights at L.C. Bird, and once the lead reached between eight and twelve runs, that's simply asking a lot of any team.

Many of the players now will begin to focus on their work at various colleges next season, like Haiden Lamb at VCU, Roy Coates returning to Marymount, and Andrew Sergent to walk-on at West Virginia. They'll remember plenty of success from this season, but, for awhile, will remember more the two nights in Chester that simply got away. 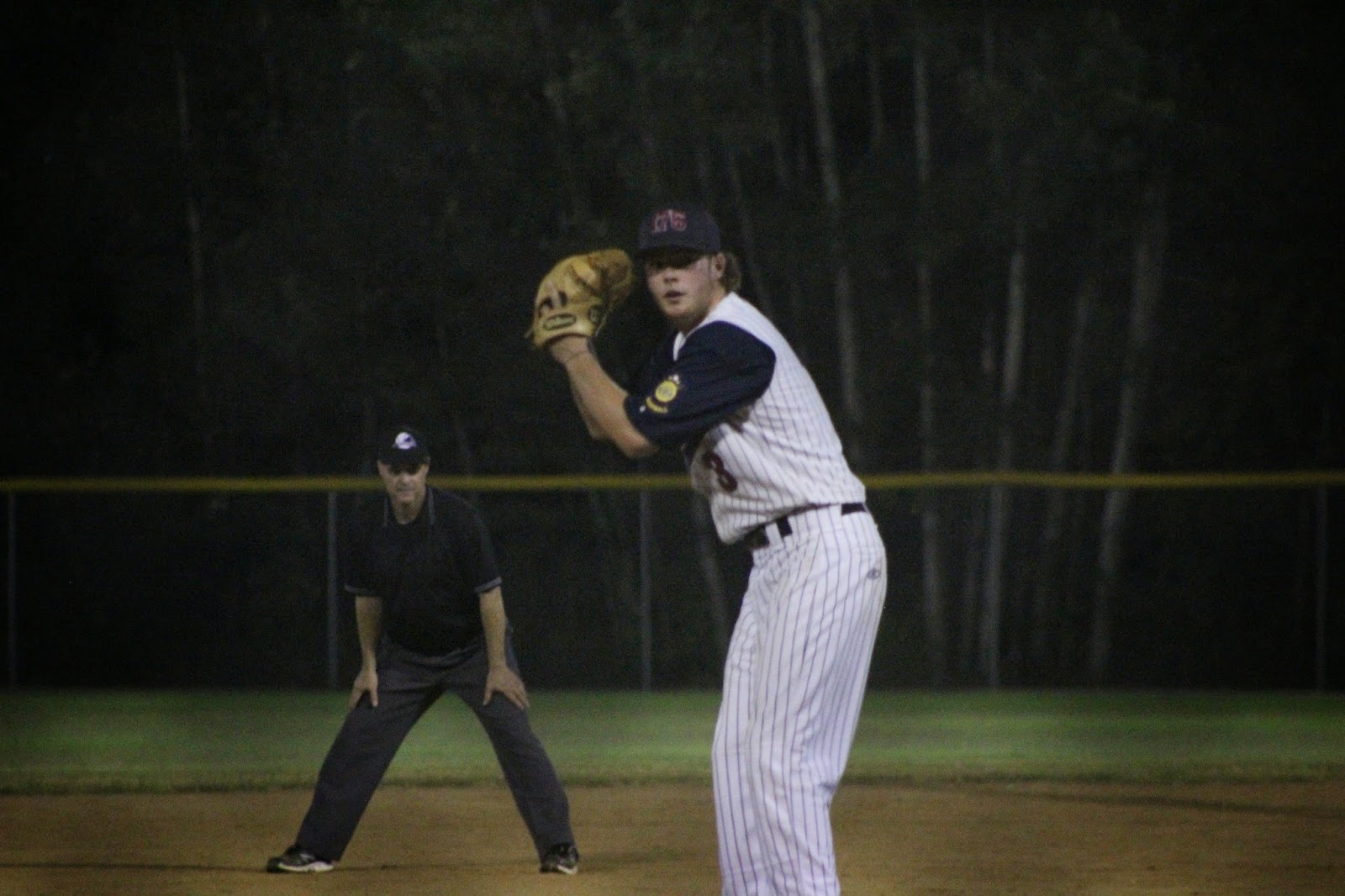 Posted by robwitham at 1:11 AM