Five Inductees Elected to Class of 2017
Lee-Davis High School Athletic Hall of Fame
The Lee-Davis High School Athletic Hall of Fame Committee, Mechanicsville, VA, is pleased to announce our inductees for the Class of 2017 of The Lee-Davis High School Athletic Hall of Fame.  These five athletes were elected from the substantial universe of outstanding athletes who have competed with excellence since The School’s establishment, in 1959. The Class of 2017 is composed of four former student athletes and one coach with accomplishments including district, region, metro, and state distinctions, and beyond.
The inductees are Joe Douglas (Football, Track and Field and Wrestling, class of 1994),Gail (Kelly) Russell (Track and Field, Basketball, and Softball, Class of 1975), Glenn Mitchell,( Basketball and Baseball, Class of 1982), Lance Gray (Football, Basketball, and Baseball, Class of 2001), and Coach Buddy Gregory (Track and Field, 1966-1977 and Football , 1968-1976).
A banquet is scheduled for Friday, January 27, 2017, at Lee-Davis with introductions of the Inductees to follow at halftime of the basketball game that same evening, at Lee-Davis High School. 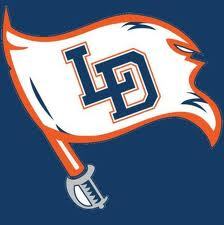 Posted by robwitham at 8:15 AM