Atlee has owned the sixth inning this postseason, but things weren't going their way in the bottom of the sixth on Friday evening.

They found themselves in a gritty 1-0 battle with host Kirkland, Washington, a team they defeated in pool play by fourteen runs, and suddenly, a pair of errors gave Kirkland the chance to take the lead in the bottom of the sixth, turning the script on Atlee. But the hometown heroes found a way to get out of that inning, then pulled off the biggest double play in Hanover County since the Atlee Raiders pulled a 6-4-3 double play to win the 2016 VHSL Group 5A State High School Championship, as Kirkland left the field having the winning run on base, but not able to get the tying run to cross the plate.

The 1-0 win, as Leslie Currie strikes out five, puts Atlee in the Little League Junior Softball World Series Championship Saturday afternoon in Washington State where they will face the Central Region champions of Poland, Ohio, who handed the East Region champions from Warwick, Rhode Island their first and only loss 6-1 in the other semifinal, for the title at 3pm Eastern Time. The game will be televised live on ESPN2. Atlee defeated Ohio in pool play, but as the semifinal game showed, past results mean nothing when everything is on the line.

Congratulations to the Atlee Junior Softball All-Stars, one win away! 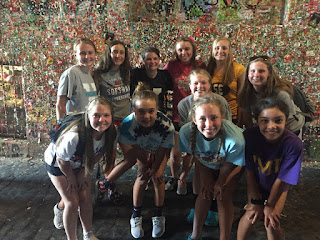 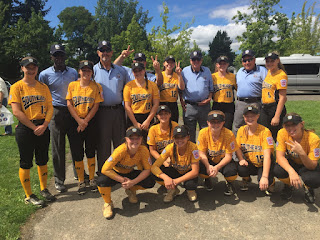 Posted by robwitham at 9:43 PM