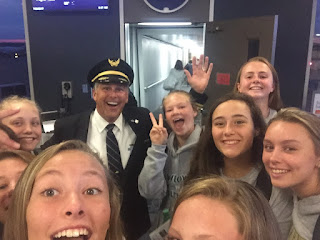 Posted by robwitham at 10:18 AM No comments:

(This article first appeared in the July 27th issue of The Herald Progress, available on newsstands across Hanover County, including Walmart, Food Lion, and Wawa locations....)


Just as most fans have finally gotten used to the newest classifications and playoff formats for high school sports in the region, they are about to change again.

The Virginia High School League (VHSL) voted last year to make major adjustments to the reclassification project that was originally put into effect in the Fall of 2013. The biggest driving force behind the reclassification, the League's first since 1970, was to attempt to pair similar-sized schools in region and state playoff competition.

In the past, some Richmond schools found themselves facing teams from schools with much higher student populations, and thus, a competitive advantage, in state competition. While the newest changes continue the competitive balance at the region and state level, there are some major adjustments coming to all four county high schools, and one school in particular. Here is a look at what you need to know as fall sports tryouts begin next week.

1) Goodbye Conferences: The conferences, designed to replace the old district format in order to group schools better by enrollment size at the first level of competition, are dead. They lasted four seasons. In truth, the former districts never officially went away, as schools have continued to base the majority of their regular season schedules around district opponents.

All four county schools are part of the Capital District along with Varina, Henrico, Highland Springs and Armstrong. Patrick Henry "moved" from the Colonial District, where it had been for over 35 years, to the Capital two seasons ago so the Patriots could play home and home regular season series against county brethren, and, hopefully, increase both fan interest and ticket sales in sports like basketball, baseball, softball, soccer and lacrosse.

With the conferences gone, all indications are the districts will not revive their postseason tournaments because, even if they did, they would have no bearing whatsoever on the actual playoffs governed by the VHSL, which brings us to....

2) New Regions, New Playoffs: Also gone are the days of classifications, or what used to be called groups, having two regions. Each classification, now referred to as a "Class", has four regions.

Still to be unveiled by the VHSL, however, even at this late date, is how the new region tournaments will take place. For example, with fifteen teams in Region B described above, how many teams qualify for the postseason? It could be eight as it is in football, or more, since there is time to play a 12-team region tourney as the old 5A North Region has done for the last four years.

3) Patrick Henry Moves To 'Class 4': Taking into account enrollment figures, the VHSL moves schools up or down a classification every two years, and for the 2017-19 cycle, the Patriots are now in the same classification as Hanover.

The new Class 4, Region B has thirteen schools. Joining Patrick Henry and Hanover are Caroline, Chancellor, Courtland, Dinwiddie, Eastern View, Huguenot, King George, Louisa, Midlothian, Monacan and Powhatan. Hanover has played teams such as Midlothian, Monacan, and Powhatan in the past in the former Conference 20.

"Scheduling was much more difficult this year. Due to the latest changes in the classification system, many schools waited to see how regions were going to advance teams to the postseason before completing their out-of-district schedules," Crowder explained. "I believe some schools hesitated to schedule fearing they would be penalized for playing lower classification (schools). We usually have the bulk of our scheduling done by March or April. This year, we are still looking for games in a few sports."

Crowder says Patrick Henry will play some Region 4B schools in regular season games, but those closer in proximity, and is excited as to how being in the same region as the neighboring Hawks could affect fan interest.

"I think the potential of PH and Hanover facing off in the postseason will make some of our regular season contests more meaningful, Crowder said. "Hopefully, it will translate into more people coming out to games. We have several 4B schools that are closer drives that what we experienced in 5A North. I hope this will translate into a stronger traveling 'PHanbase' come playoff time."

4) Welcome Back State Quarterfinals: Prior to 2013, to win a state championship, many sports required teams win three games at the state level. However, most VHSL-sponsored sports dropped the quarterfinals over the past four years. The League, needing to make up multiple six-figure annual losses since 2013, reinstated state quarterfinals in basketball recently, and now, other sports will do the same thing.

The quarterfinal round is usually played early of each sport's state tournament week by Tuesday, while semifinals and championships are later in the week. Different sports have different championship sites, depending upon Class.

So, the school most affected by the changes is Patrick Henry, moving from Class 5 to Class 4. Atlee returns to a region within Class 5 where they will see teams from Richmond early in postseason play. Things change little for Hanover in Class 4 and Lee-Davis in Class 5. We will continue to keep you informed as various sports announce their postseason schedules as high school sports begins, yet again, another "new era" in this most tumultuous decade. 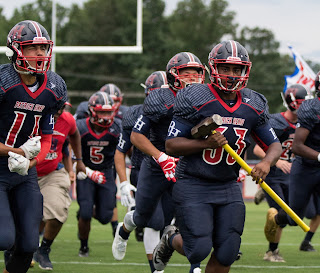 Posted by robwitham at 7:03 PM No comments:

The Hanover Girls Tennis team is named the #9 team of 2016-17 by The RVA Sports Network, while Lee-Davis' thrilling 5-4 softball victory over Patrick Henry in early April was named the #9 game of the year.

CLICK HERE to relive the final out in the L-D/PH thriller. 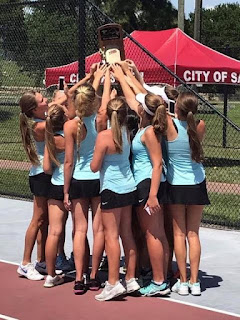 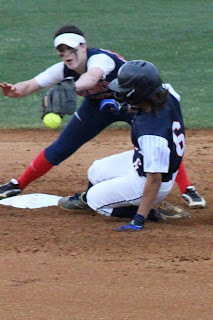 Posted by robwitham at 11:12 PM No comments: