CLICK HERE to read the second in our special three-part article series in conjunction with the Herald Progress on today's student-athletes and mental health, as former Atlee and current Virginia Tech football player Austin Cannon recalls the night of his suicide attempt, what led to the fateful evening, and what good has come out of it, as he hopes to end the stigma of mental illness on the Blacksburg campus. (Photo Courtesy of Hokie Sports) 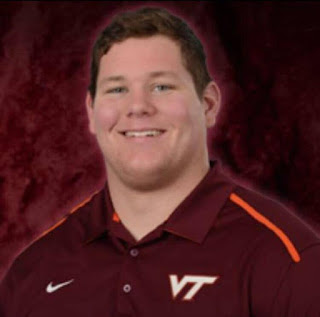 Posted by robwitham at 11:42 AM No comments: 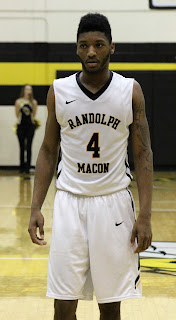 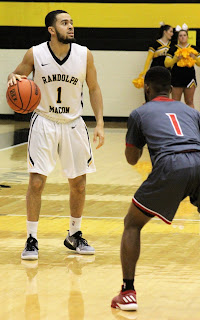 Posted by robwitham at 11:37 PM No comments:

NOTE: There was a mistake in the original All-State Team list released on Monday, January 23 by the Virginia High School League. RVA Sports Network, after requesting it, received the updated, corrected list Tuesday night.

In all, seven county student-athletes made the All-State First and Second teams, which are listed below and we congratulate everyone for their honors! 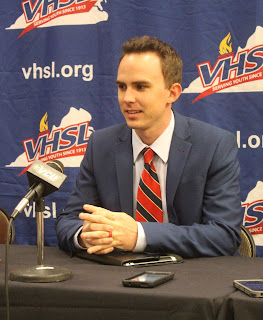 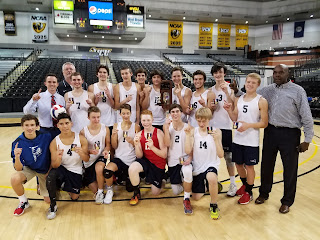 Posted by robwitham at 6:18 PM No comments:

From the United State Basketball Writers Association (USBWA), a look at the award for the Yellow Jacket freshman Kelly Williams.

Schettino, a 5-11 senior guard from Staten Island, averaged a triple-double in the Dolphins’ (8-6) two victories last week. On Wednesday against Baruch, he totaled 21 points, eight rebounds, 13 assists, and four steals in Staten Island’s 77-68 victory. On Friday against Medgar Evers, Schettino had 18 points, 12 rebounds, 17 assists, and three steals in an 83-65 victory. For the week, he averaged 19.5 points, 10.0 rebounds, 15.0 assists, and 3.5 steals. The 17 assists against Medgar Evers represents the highest total of any player this season at any NCAA division. Schettino, who was also selected the City University of New York Athletic Conference (CUNYAC) and Metropolitan Basketball Writers Association (MWBA) Player of the Week, currently leads Division III with 8.6 assists per game.

Williams, a 6-3 freshman forward from Garysburg, N.C., averaged a double-double in the Yellow Jackets’ (8-4) two victories last week. In an 81-54 win over Bridgewater on Tuesday, she scored 20 points (9-of-14 FG) and pulled down 16 rebounds to go with a career-high six blocks, two steals and an assist in only 27 minutes. On Saturday, in a 62-58 victory over Emory & Henry, Williams scored a career-high 25 points (8-of-12 FG), including the go-ahead layup with 1:20 remaining, while adding 13 rebounds, four blocks and two steals. For the week, she averaged 22.5 points, 14.5 rebounds, 5.0 blocks, 2.0 steals, and 0.5 assists while shooting 65.4 percent (17-of-26) from the field. Williams, who was also named the Old Dominion Athletic Conference (ODAC) Player of the Week, now has nine double-doubles this season, tied for sixth in Division III. 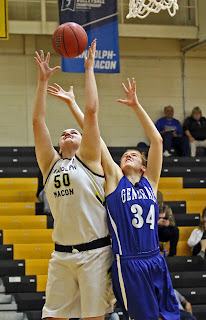 Posted by robwitham at 12:02 AM No comments:

The Mills Godwin at Atlee and Armstrong at Patrick Henry boys basketball games scheduled for Monday night are postponed. No word yet on if the games will be rescheduled. 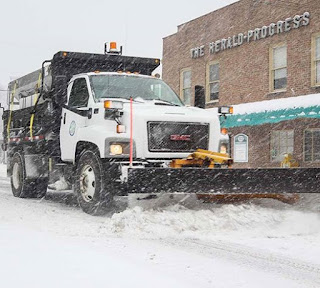 It's a Friday night pre-snowstorm doubleheader as Hanover battles Atlee on "Silent Night" at Atlee High School! The RVA Sports Network will be live with the girls game at 6pm, followed by the boys game. Listen on the YouTube player below!


Posted by robwitham at 3:58 PM No comments:

A putback in the lane in the second quarter by Atlee's Alyse Armentrout gave the senior her 1,000th career point, part of a 22-point effort that led the Raiders to a convincing 51-38 win over #10 Varina Tuesday night on the road to improve Atlee's record to 8-3.

Armentrout, who now has 1,019 career points, was joined in double figures by Kylie Eastman, who added 13 points as the Raiders took the lead early and never let it go. The Raiders return to action hosting 7-5 Hanover Friday at 6pm in a game that can be heard live on The RVA Sports Network. 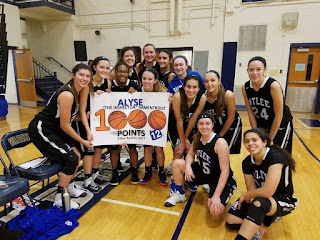 Posted by robwitham at 7:44 PM No comments: