The Randolph-Macon football team, coming off their most successful season in nearly half a century, enters the 2019 College Football America Yearbook's Division III Preseason Top 30 at #26, the college announced on Tuesday.

The Yellow Jackets went 9-3 last season, winning the Old Dominion Athletic Conference (ODAC) Championship for the second time in three seasons, then defeated nationally ranked John Carroll in the first round of the NCAA Division III Football Championship for their first-ever victory in the tournament playoff format, and their first postseason win since 1969. Randolph-Macon had never played twelve games in a single season until 2018.

Randolph-Macon now owns eleven ODAC titles, tied for first in the conference all-time with Emory & Henry. The Yellow Jackets are the only ODAC team to appear in the poll.

Head Coach Pedro Arruza enters his sixteenth season at the helm in Ashland with 90 career victories with the Yellow Jackets, second all-time behind Ted Keller, who won 105 games as head coach between 1964 and 1981.

The Yellow Jackets return twelve players who made various levels of the All-ODAC Team in 2018. According to the college, they are the following:

The 2019 football season begins on Thursday September 5th when Randolph-Macon hosts #4 Johns Hopkins at Day Field. Kickoff will be at 7pm, with live, exclusive radio coverage beginning at 6:30pm on the home of Randolph-Macon College football, 102.9 The Mater (WHAN Radio) at 102.9 FM, 1430 AM, and available both by broadcast links at HanoverCountySports.net and RVASportsNetwork.com and on all mobile devices on the TuneIn Radio App on "Radiall". Games are also available at RMCAthletics.com. 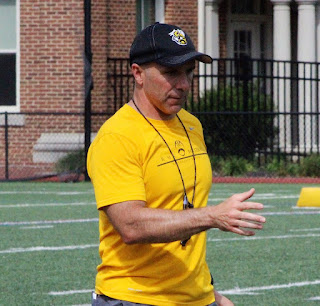 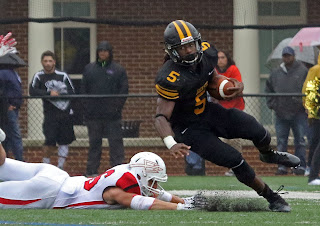