Warren (#10 in below file photo), who had originally verballed to Virginia Tech, decommitted in the spring while the Nittany Lions, Syracuse, Richmond and several other schools courted the 2020 standout.

Football players cannot officially sign their National Letter of Intent until the early signing period which begins on December 18th.

Warren will enter this fall as the projected starting quarterback for the Raiders, who went 7-4 and returned to the playoffs after a one year absence a season ago, for the fourth consecutive season. 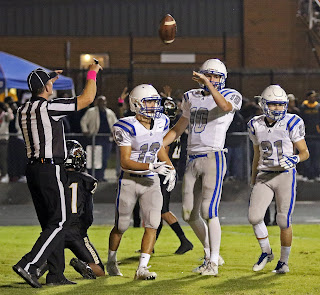