From the pages of this week's edition of The Herald Progress, here is our RVA Sports Network 2017-18 high school basketball preview in Hanover County.


While the Class of 2017 took several key players from many teams, the next generation of boys and girls basketball players are ready to step up and help their teams take the next step this season. With Atlee and Lee-Davis in the rugged Region 5B, they'll have to deal with the likes of L.C. Bird, Highland Springs and Henrico in trying to earn a postseason bid, while Hanover and Patrick Henry must contend with the likes of Monacan, Midlothian and others in Region 4B.

GIRLS: After two seasons achieving the State Quarterfinals, Atlee (22-7) loses eight to graduation, returning just one starter in junior guard Aya Youssef. There is experience back with Nada Youssef, Kayla Maxson and Addison Raso all seeing extensive playing time a season ago. But now, they must carry the load. Head coach Michael Rawlings calls this season a "reload", and knows experience itself cannot be replaced.

"A lot of pressure will be placed on the freshmen and lone sophomore to gain strength and confidence," Rawlings noted, looking to three freshmen guards, Khari Rucker, Kelly Ayer and Laci Miller to contribute early. Faith Anna comes in from field hockey and lacrosse to offer a physical presence inside, and junior Tori Puttkamer could log some important minutes, too.

After years of building, Hanover (13-11) finally broke through a season ago. A winning record was a major turning point for the program, and as head coach Mike Rohr begins his fifth season on the sidelines, he has several building blocks with which to create a team that could even go deeper into the postseason.

"We have to be the more aggressive team every night, and we have to win the rebounding battle," Rohr said. "We've put a lot of hard work in during the offseason to become bigger, faster, and stronger."

Last season was difficult for Patrick Henry, not having standout Aryna Taylor, now at Mount St. Mary's, due to a knee injury. This season, they turn the page, and head coach Phillip Cobb builds around guards JaBryah Haverkamp and Hailey Draper, and sophomore Jamie Hughes in the post. Cali DeShazo can play the two, three or four, while Piper Mullins joins Hughes underneath. Saxon Radcliffe expects to see more time, while freshmen guards Ava Smith and Sydney Miceli and sophomore Blair Rhodes join the roster.

"This is my first year going into the season with no seniors on the team," Cobb explained. "We'll miss some of that senior leadership, but it gives us time to develop and grow."

Also hoping to grow, and push for a playoff spot in Region 5B, is Lee-Davis (7-15), bringing back two starters in forwards Codie Heilig and Megan Brooks. Emma Sweeney, Madison Williams, Kaylee Gray and Sierra Talley bring back experience, while head coach Alvin Puller hopes Carlee Harding, Tori Heller, Shaynia Bonds and Lauren Foley can bring depth to a team that has needed it in past seasons.

"We're still young, but we're learning more and more every day. Their basket IQ is getting higher, so hopefully that will help us be successful this year," Puller noted. 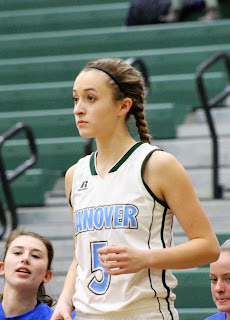 BOYS: The lone coaching change in the offseason came at Atlee, where Rally Axselle takes over for Phil Reynolds, now an assistant at Varina. He inherits sharp shooting guard Carson Miller and inside force Tyler Warren. Juniors Jackson Baitinger and Andrew Cook saw some time last year. Axselle has an influx of new blood on the roster, with juniors Alan Williams, Jayce Catterton, Donnie Oliver and Jackson Weatherly, and several sophomores, including Nick Conway and Andre Coleman.

"If our team 'buys in' and accepts their roles, we will succeed," Axselle told the Herald Progress. "We aren't thinking about late season success. We are trying to improve every day, now, as individuals and as a team."

Chad Bishop continues to work toward those goals at Lee-Davis. Coming off just a three-win season, there's plenty of optimism around the Confederates in this, Bishop's third year. Elijah Jones, Devin Christian and Cole Keech return with starting experience up and down the court. Junior forwards Adonis Carroll and Avery Fusco will need to contribute, as will senior forwards Devin McDonald and Stephon Sparks. James Wallace, as a sophomore, should run the point.

"Point guard play will be our biggest test as we move Wallace into the starting lineup and take Devin and move him to his natural position at two guard," Bishop noted. "Christian is our returning leading scorer, and will be counted on nightly to provide offense."

Look for Keech to be the on-court and off-court leader of the Confederate squad, who will be more athletic and look to translate that into more victories.

A postseason run of prolific proportions gave Hanover a 14-14 finish and a trip to the former Class 4A State Semifinals. Having lost seven players to graduation, head coach Darren Thornton rebuilds around returnees Jaylin Ross, Josh Blue and Will Fahed. There will be a lot of new blood, including guards Tyler McCormick, Keion Murphy and John Taylor and forwards Colin Hudson and James Stephens. D.J. Sims will provide production as a freshman.

The Patriots will need quick contributions by two new seniors on the squad, especially 6'3" forward Noah Carroll, who will bring much needed height inside to pair with the 6'2" Brown.

"Stephon Wattie, who graduated, was our muscle and toughness in the paint," Anderson noted. "We need toughness up front. These guys need to trust and believe in the process, meaning that if they listen to what we are teaching them in practice, we could be a really good team." 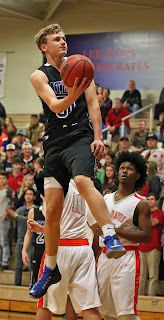 The season officially begins Monday when the Patrick Henry girls team visits Louisa. All local teams begin play next week, and the first of six "Rivalry Night" doubleheaders involving county teams is Friday December 8th when the Patriots go to Hanover, while Atlee goes to Lee-Davis.