Williams, who led the nation in Division III in points per game and double-doubles, and was second nationally in rebounds per contest, was also named to the VaSID College Division First Team All-State. Joining Williams on the First Team is Mechanicsville native Caroline Naumann of Lynchburg College.

In addition, Randolph-Macon head coach Carroll LaHaye earned State Co-Coach of The Year honors along with Anne Crutchfield of Emory and Henry, whom the Yellow Jackets defeated for the 2018 Old Dominion Athletic Conference (ODAC) Championship on February 24 in Salem, Virginia.

LaHaye, finishing her 36th season in Ashland, earned the VaSID honor for the sixth time. Earlier, she was named District V Coach of The Year by the Women's Basketball Coaches Association. The Yellow Jackets' leader since 1982, LaHaye captured her 600th career win at Randolph-Macon with a victory in Lynchburg on January 20th.

Congratulations to Kelly, Coach LaHaye and the Yellow Jackets! 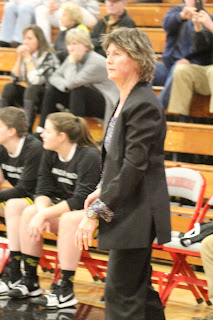 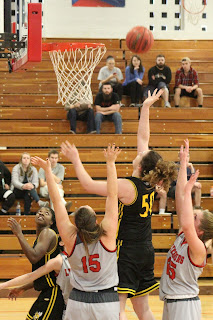