Ranked fifth in the nation at 25-3, despite missing out on the Old Dominion Athletic Conference's automatic bid, Randolph-Macon men's basketball earns not only an at-large bid to the NCAA Division III Men's Basketball Championship, the Yellow Jackets will host a First/Second Round sectional this Friday and Saturday.

Randolph-Macon will face Morrisville State, the North Eastern Athletic Conference champions, who, at 23-4, will provide a big first round challenge. Read about their NEAC Championship win HERE.

The other two teams to play at the Ashland Regional will be York (PA) and DeSales, who will play in the other first round game on Friday at Crenshaw Gymnasium.

More tonight at 6pm on "In The Red Zone" live from SportsPage Grille only on 102.9 FM The Mater and on the Tune In radio app on "Radiall"! 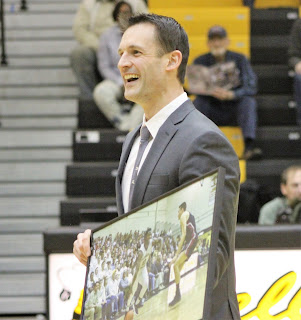 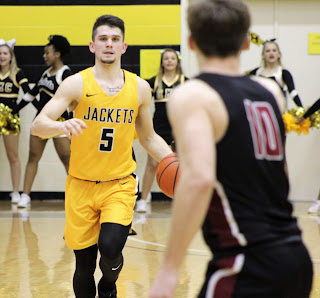 Posted by robwitham at 9:00 PM