It wasn't as close as the 38-point final margin would indicate.

Randolph-Macon began their version of "Rivalry Night" on a 17-4 run against an obviously outmanned, outgunned Hampden-Sydney, but did not cruise to a 91-53 victory Wednesday night at Crenshaw Gymnasium before a virtually packed house.

No, head coach Josh Merkel wouldn't allow cruising. For example, after watching his Yellow Jackets (13-1 ODAC, 21-2 overall), already up 47-25 at halftime, open the second half on a 19-0 run, he watched the Tigers score 22 points over the next nine minutes.

There's always room for improvement, and, on the sidelines, Merkel and his staff continued to quietly, confidently rally the troops, talk to players on the bench, the teaching and learning continual.

All the while, the Yellow Jackets rained three-pointers over the ragged Tiger defense, sixteen of them. In fact, half of Randolph-Macon's field goals came from beyond the arc, and, the final two made baskets from Ian Robertson were, fittingly, a pair of beyond the top of the key three-pointers to crack 90 before the horn.

Three years ago, the Yellow Jackets and Tigers split their regular season series. This year, it didn't seem as if they belonged to the same conference. The drop off faced by Hampden-Sydney over the past two seasons (now 1-12 in ODAC play) is, frankly, jaw dropping. At times Wednesday night, it seemed like the Yellow Jackets were varsity, the Tigers JV.

This is not hyperbole to create more fervor in a rivalry. It's a sterling truth for Randolph-Macon, who seem primed to not only avoid the mistakes of the past two Februarys, but have the goods to run into March, and a disappointing truth for Farmville fans. There's no way Tiger Nation will settle for this season's performance.

Coupled with Guilford's loss to Roanoke, Randolph-Macon now stands a win away from the 2018-19 Old Dominion Athletic Conference (ODAC) regular season title, a crown they are defending. That's a fact long forgotten, though, due to the disappointment of their ODAC Championship quarterfinal loss that brought last season to a screeching halt in Salem.

With a 20-point win over a talented Roanoke team last Saturday, and now, the Tiger trampling, the Yellow Jackets look ready, and still, they have occasional stretches of play that give Merkel plenty of material for practice.

But that's a good thing. This team should have no interest in feeling any accomplishments anytime soon. For this team, if they remain confident, teachable, and know how to win on the inevitable night when the three-ball doesn't go, can take Randolph-Macon College on a long ride into the postseason.

--Randolph-Macon finishes their home schedule 10-0, their eighth unbeaten home season since Crenshaw Gymnasium opened for the 1964-65 season. Of the eight years, it is the least number of home games since that inaugural campaign. Merkel's scheduling of early season tournaments at neutral locations against tough competition was a deft move, and is now paying off dividends.

--The Yellow Jackets are ranked #7 in the nation in Division III, #1 in the first NCAA South Regional rankings which were released before the game on Wednesday.

--Randolph-Macon next goes to Randolph College for a Saturday game at 4:30pm, then finish the regular season a week from Saturday at always tough Eastern Mennonite. Those will be two good tests to prove the Yellow Jackets will consistently take teams that they should defeat. That's critical to any deep run this season. 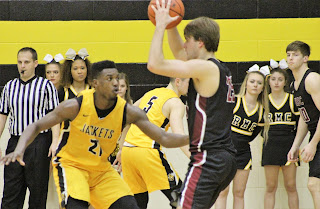 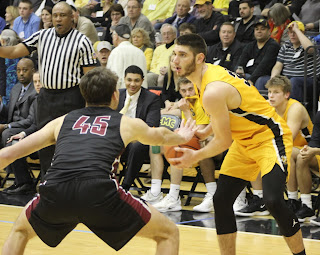 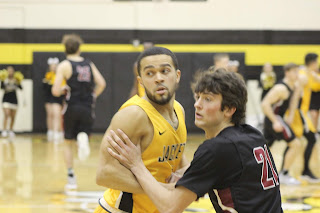 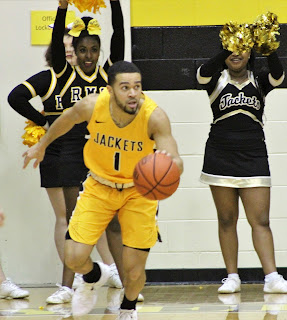