Congratulations to Patrick Henry junior softball shortstop Paige Mitchell, who has announced she has verbally committed to play college softball for the Dukes of James Madison University!!

Paige has been a standout in her first two seasons for Patrick Henry, including starting every game at shortstop as a freshman for the 2012 squad that advanced to the State Group AAA Championship Game!

Mitchell and the rest of her Patriot teammates begin their quest for a Conference 16 and Class 4A championship come official practice in February. 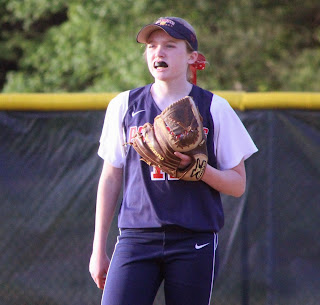 Posted by robwitham at 3:36 PM