ODAC Tournament MVP, Beaverdam native, and Patrick Henry graduate Katie Anderson scored 16 of her 21 points in the first half, while longtime teammate both at PH and R-MC, Taylor Huber, scored all 13 of her points after intermission, as Randolph-Macon held off Guilford 91-84 to win the 2014 ODAC Tournament Championship Sunday at the Salem Civic Center.

The title is the eighth in school history, all under head coach Carroll LaHaye, and the seventh since 2003. Randolph-Macon last won the league tournament in 2011.

The Yellow Jackets now earn the automatic bid from the ODAC into the NCAA Division III Tournament. Brackets will be announced this afternoon at 2:30pm ET. 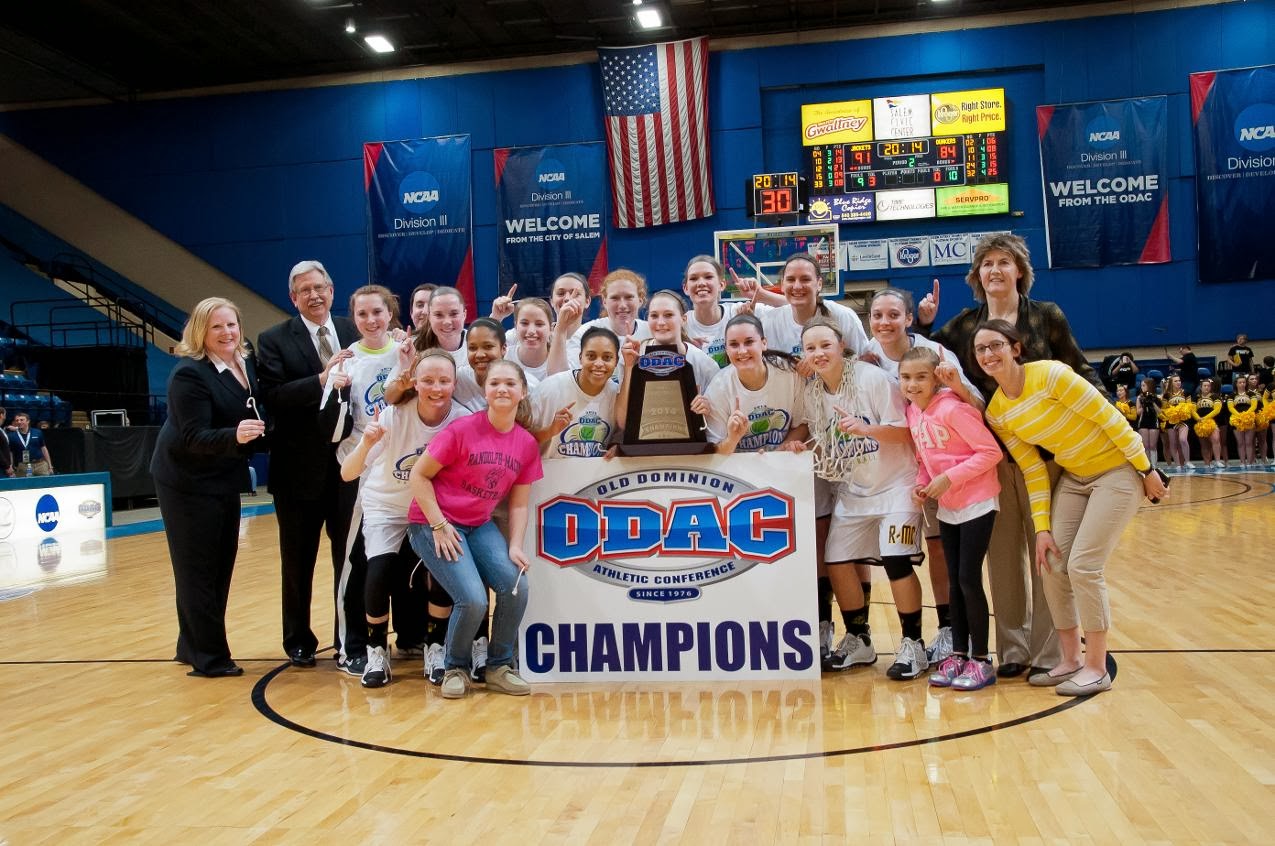 Posted by robwitham at 5:39 AM