We hit the end of September, and, incredibly, the midway point of the regular season, with a surprising 4-0 team, a playoff-poised team needing to show more poise, a team with a new coach finding its footing, and a surprising 1-3 team trying to find its way. Let's look at Friday's action.

After the miracle tackle from Jed Pinkston helped secure an ugly 7-6 win for the Patriots at home over previously unbeaten Henrico last week, Patrick Henry heads to Route 301 sky high, reaching 4-0 for the first time in a decade. It was also in 2006 when the Patriots last defeated the Hanover Hawks. At the time, the Patriots had won the first four meetings between the schools. But an opening night 24-21 Hanover win to start the 2007 season turned the tide, and the Hawks have won the last nine regular season matchups and ten games overall, winning the lone playoff game between the two in the 2007 Division 5 Region Championship Game.

Will Travious Tyler be able to play after leaving the Henrico game early due to injury? If not, does Hunter Hart return to that position, which, in turn, questions how much he can go as a linebacker? Will the Hanover offensive line bounce back from a poor performance at Atlee last week, where the Raiders held the Hawks to under 200 yards of total offense, forcing Hawks quarterback Clayton Cheatham into a one-dimensional passing game, which is not the strongest suit for Hanover, especially as they continue to miss both Jack Chenault and Kirk Shaffner in the passing game?

Patriot fans should not look at this game lightly. The Hawks are currently out of the playoff race in a very difficult 4A East Region, and they need wins now to keep their hopes alive. Hanover hasn't missed the playoffs since 2005, so expect an air of desperation from the Hawks, as they know the schedule continues to be unkind, with Highland Springs up next week. Meanwhile, the Patriots need assert themselves on the road early to avoid having to try to pull off a fourth quarter comeback for the third consecutive week. Patrick Henry is now on everyone's radar, the question is, how will these Patriots handle that?

This year's game should not resemble the past three. The Raiders look to make their mark on defense just as much on offense, and no longer runs the frantic hurry-up offense that, at times, forced the Raider defense back onto the field much quicker than they were ready to be. Atlee has to be thrilled after pitching the shutout against Hanover last week, but know the Springers have many more weapons on offense, and the task this Friday is to keep Highland Springs in their sights. Time-consuming drives that put points on the board, and winning the turnover battle, and the two biggest keys to this game. Highland Springs will score. Atlee can't let them get ahead by 14 or more points, especially after halftime.

*****
Armstrong (0-4) at #12 Lee-Davis (3-1), 7pm, Game Moved To Lee-Davis: The Confederates should be back to full strength after losing their first game last Friday 31-19 at Varina, letting a 19-10 second half lead slip away. The loss brought the Confederates back to the pack in a crowded 5A South Central playoff field, currently in the postseason in sixth place in a sub-region where the top eight teams make the playoffs, and no less than five teams are within a point of each other between sixth place and tenth place. CLICK HERE to see the current VHSL point standings.

Would Lee-Davis have won last week with all hands on deck? We'll never know. So now, they must deal with the current reality, take care of business tonight, then get ready for a monster homestretch schedule, with home games against rivals Atlee and Hanover, a showdown against Henrico October 28th, and trips to both Highland Springs October 14th and Patrick Henry for the Tomato Bowl to close the regular season November 4th. The question is will the Confederates be able to secure enough victories to play for seeding in Ashland, or will they be playing for their playoff lives? It will be the latter if Varina, Matoaca, Meadowbrook and Mills Godwin have anything to say about it.

And, Lee-Davis fans? Your wait is almost over. The Confederates make their 2016 Game of The Week debut next Friday, October 7th when they host Atlee. The game will be heard on WHAN, 102.9 FM, 1430 AM, will be available both online here from RVA Sports Network and heard on the TuneIn Radio App on "Radiall".

NOTE: Each Game Of The Week begins at 6:30pm with the "On The Sidelines Pre-Game Show Powered By Sheehy Ford of Ashland" as Rob Witham talks exclusively with NBC12 Sports Director Marc Davis previewing all the action in the Central Region! 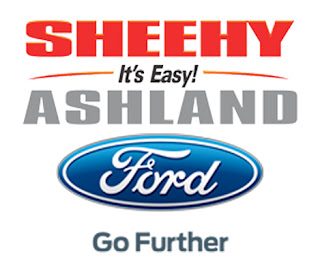