After completing a 19-0 Old Dominion Athletic Conference (ODAC) run with an overtime win over rival Virginia Wesleyan Sunday in the ODAC Tournament Championship in Salem, the Randolph-Macon Yellow Jackets earned one of two first round byes in the 2015 NCAA Division III Men's Basketball Tournament. The tournament bracket was announced earlier Monday.

Randolph-Macon, winners of 23 straight games, is now 26-2, and the number one team in the latest D3Hoops.com Top 25 poll. The Yellow Jackets will host the winner of the first round game between Alvernia and Catholic on Saturday night, 7pm at Crenshaw Gymnasium. The Crusaders and Cardinals will play in Washington, D.C. on Thursday night.

Ticket information can be found when it becomes available at rmcathletics.com. (Photos from ODAC Championship Game courtesy of Nick Liberante...) 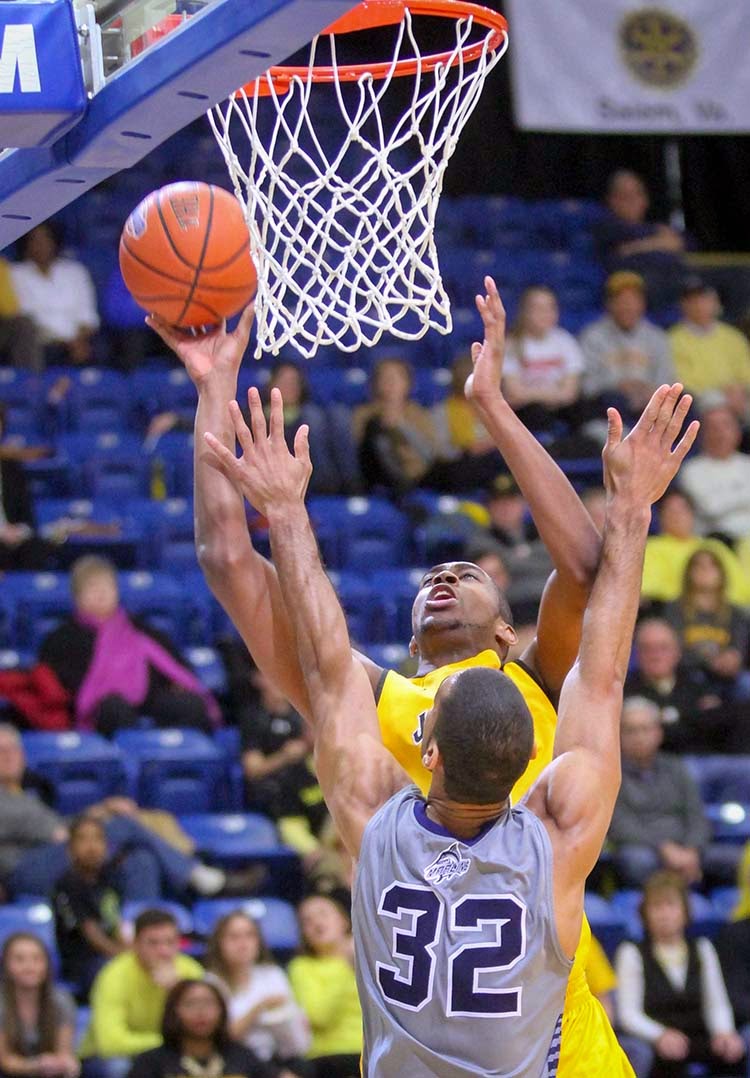 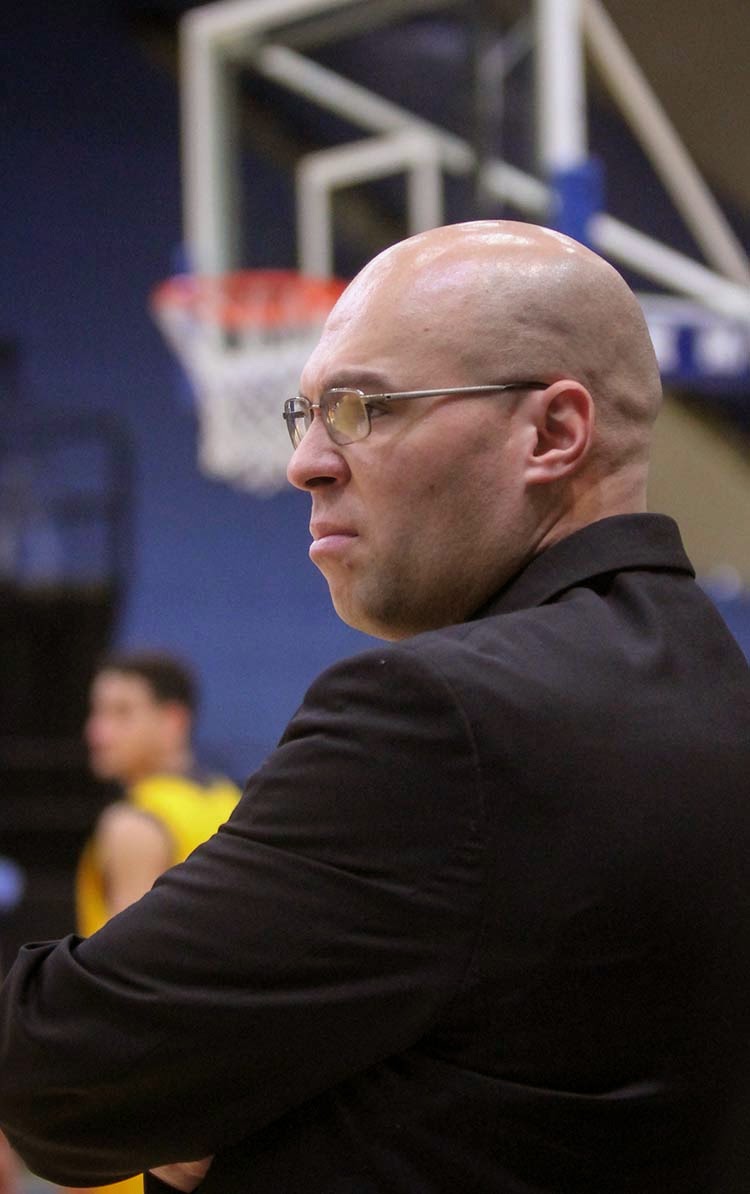 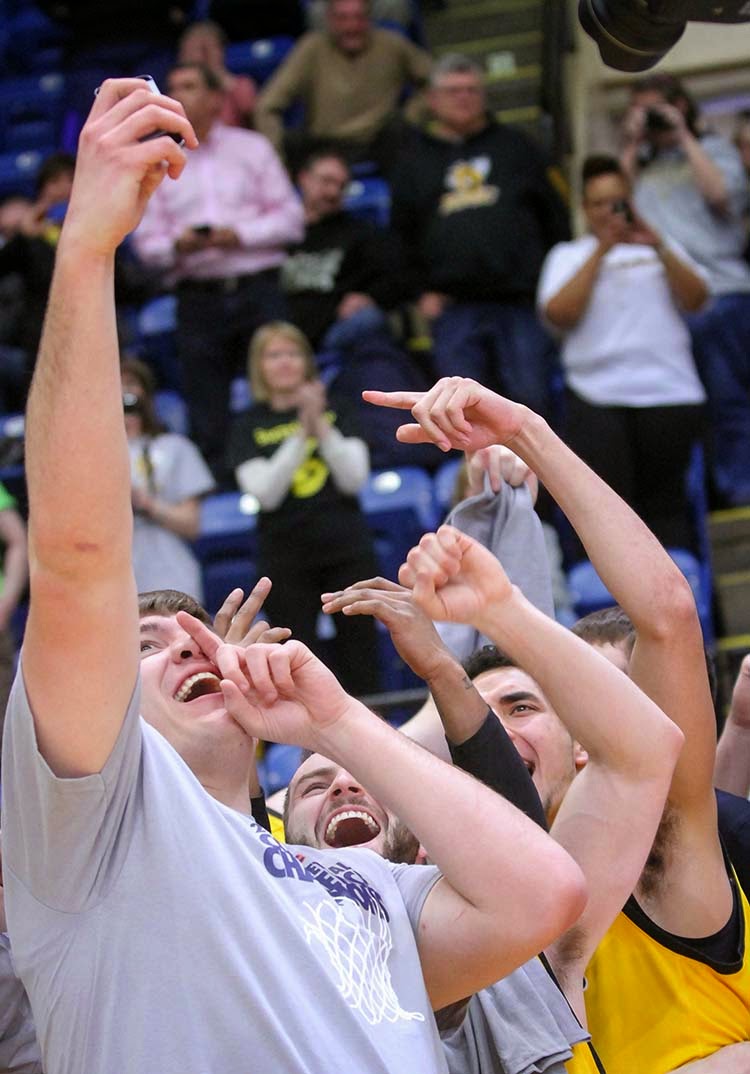 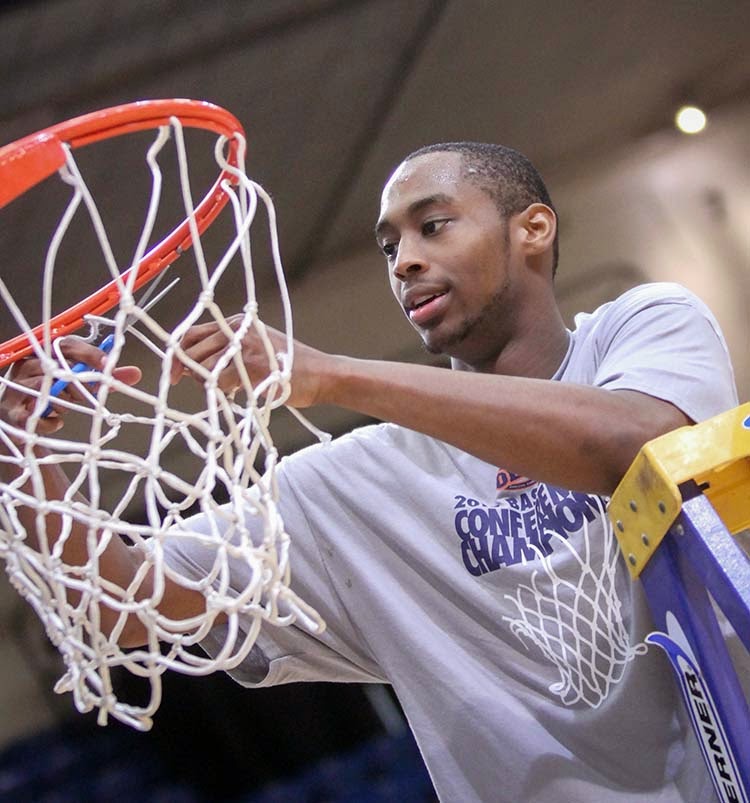 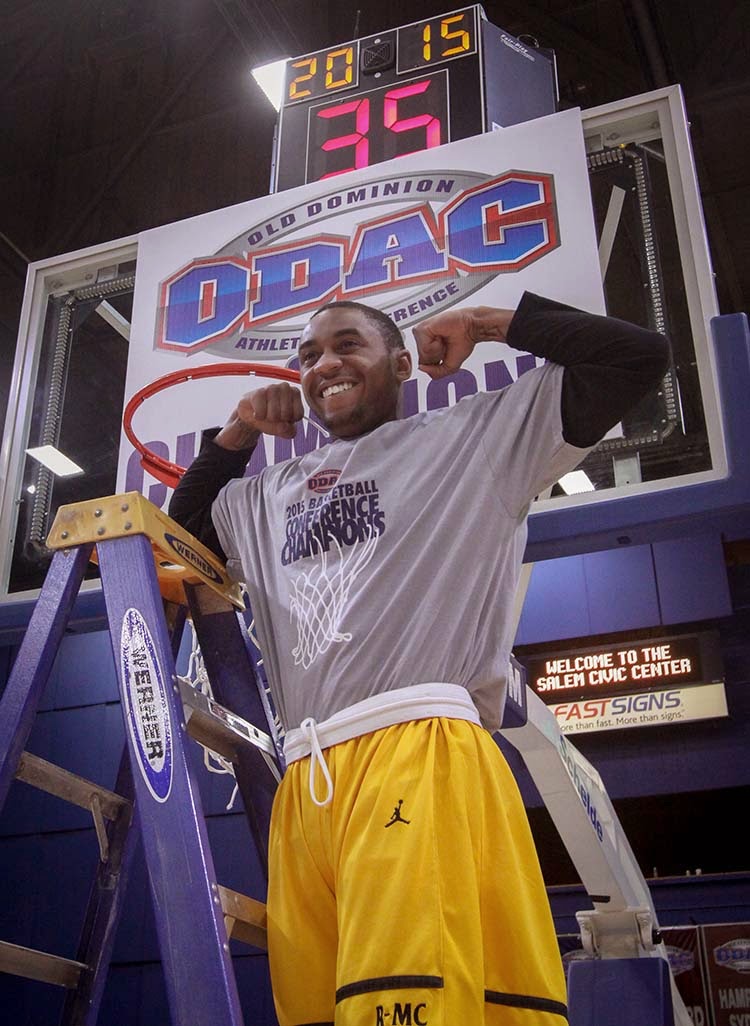 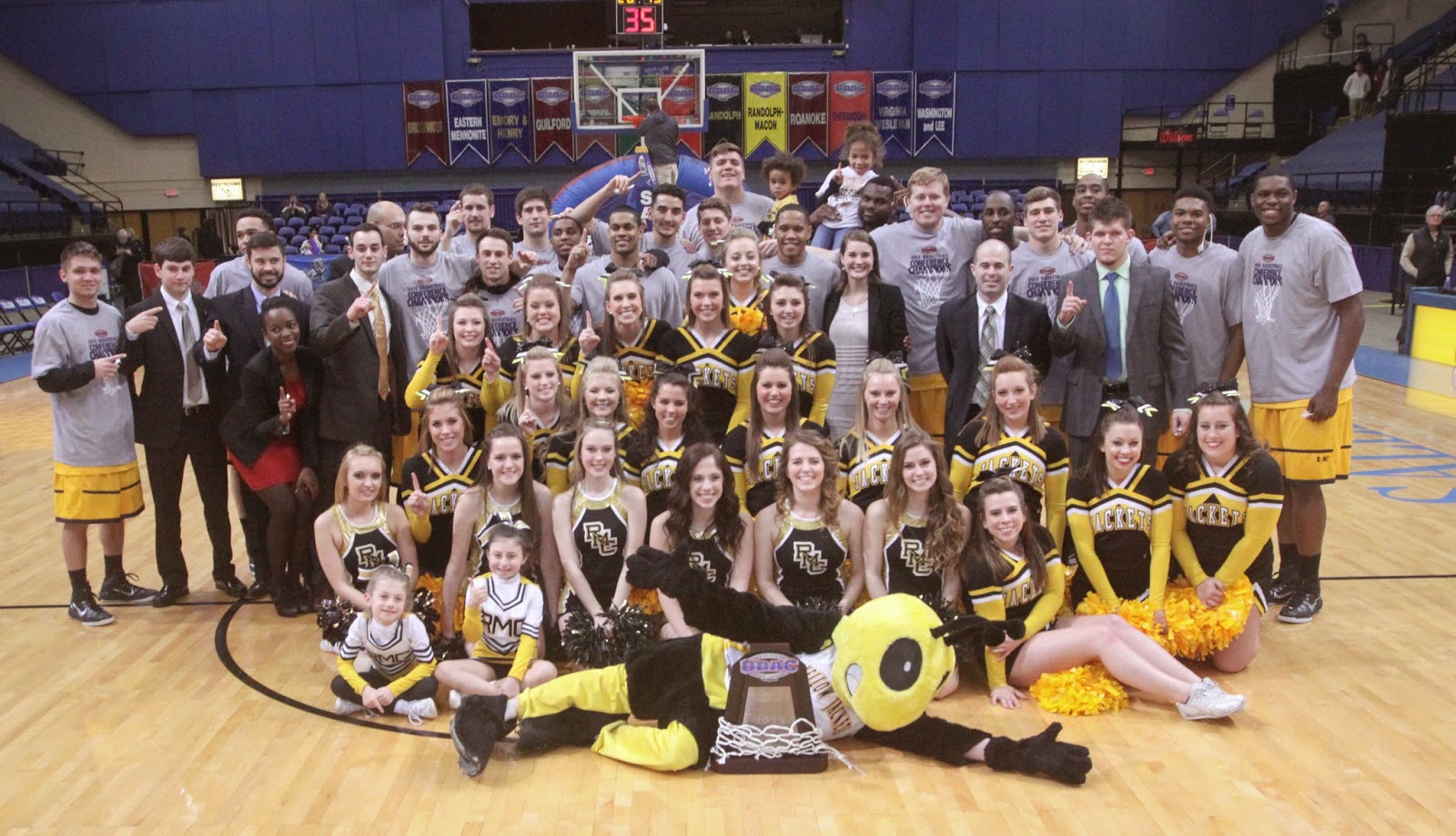 Posted by robwitham at 2:44 PM