When freshman Kai Cunningham learned her Randolph-Macon volleyball teammate, fellow freshman Miranda Hall (Hanover) would be unable to play in the Yellow Jackets' showdown Wednesday night against Washington and Lee in a battle of Old Dominion Athletic Conference (ODAC) unbeatens, she found herself a much bigger part of the Yellow Jackets plan for victory. After some time to settle down, she began to take advantage.

Down 0-1, 22-24 in set two, Cunningham entered the match and fired back-to-back kills from the left side to tie the set at 24 apiece. A third kill tied the set at 25. After fighting off set point after set point for the Generals, a Rebecca McGilvery kill and Erin Quinn ace sealed a 30-28 victory, propelling the Yellow Jackets to a 3-1 victory to take first place by themselves in the ODAC standings at 7-0.

Cunningham was one of many Yellow Jackets who made key contributions to the victory, including McGilvery, who led the team with 18 kills, followed by Cunningham's 14. Cunningham only committed three errors on attack, as Randolph-Macon overcame a shaky start, attacking at just eleven percent in the 25-21 Generals set one victory. In sets three and four, the Yellow Jackets were successful 35 percent of the time, taking a close 25-20 third set victory before dominating in set four 25-17.

"She's never started before," Randolph-Macon head coach Bill Rogers said of Cunningham, a freshman from Kempsville High School in Virginia Beach. "She contributed, they all contributed. This is the most resilient team I've ever had."

In her return to Hanover County, Washington and Lee freshman Anna Soroka (Lee-Davis) had 17 assists and five kills, showing great improvement in her setting game. Mariah Clark had 13 kills for the Yellow Jackets, while Erin Quinn, the ODAC Player of The Week two weeks ago, had 47 assists.

It was also Senior Night as Rachel Wyatt, the team's only senior, had 13 digs and a kill.

The Yellow Jackets return to action Friday at home against Bridgewater College, who is now tied for second in the conference at 6-1 with the Generals. Randolph-Macon will look to stay unbeaten in conference play. The regular season champion hosts the semifinal and final rounds of the ODAC Tournament the first week in November. 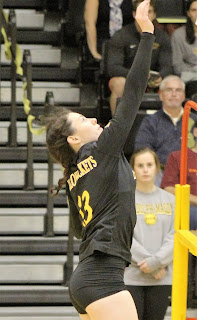 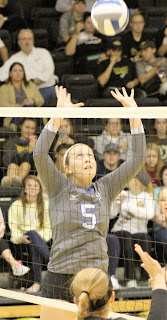 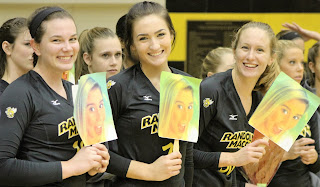 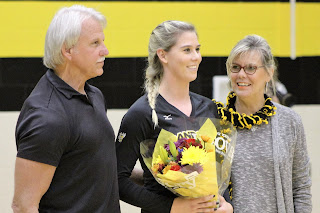