The most successful season in over thirty years for Randolph-Macon football ended Saturday the same way it began each year from 2012 to 2015.

Faced with a familiar foe, Randolph-Macon fell behind early and could not catch up as Johns Hopkins quarterback Jonathan Germano passed for four touchdowns to lead the unbeaten Blue Jays to a 42-21 victory Saturday over the Yellow Jackets in the first round of the NCAA Division III Tournament in Baltimore, Maryland.

Eric Hoy rushed for two touchdowns for Randolph-Macon, who finished with a 9-2 record, their nine wins this year as many as they achieved in both 2014 and 2015 combined. It was also just the second nine-win season in school history, joining the 1984 team. 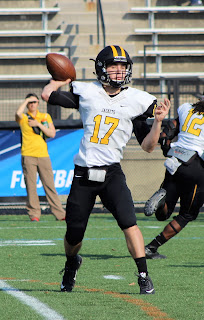 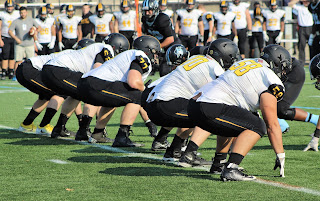 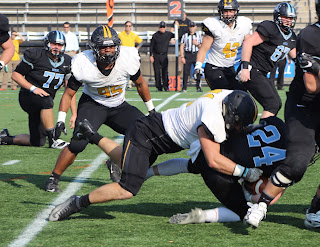 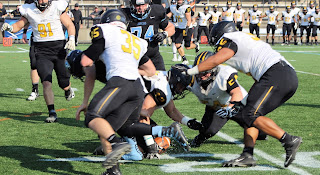 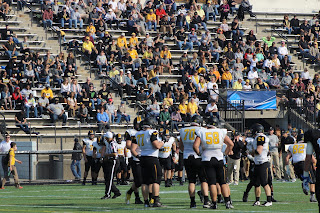