Down seven after a quarter, and by as many as twelve in the second period, Randolph-Macon women's basketball looked for a spark, and a way to slow down the Jayla Harris express of Virginia Wesleyan.

Slowly, quietly, the Yellow Jackets shaved into the Marlins lead, finding themselves down just three at halftime before taking a third period lead, then holding on for a 68-62 victory Tuesday night at Crenshaw Gymnasium to win their fifth straight Old Dominion Athletic Conference (ODAC) game, improving to 12-5 in conference play, 17-7 overall.

Becca Arrington began her best game of the season quietly, coming off the bench, but making the conscious decision to create offense, heading straight to the rim, drawing fouls, and making all six of her first half free throws. Add in a three-pointer with 21 seconds left in the half, and Randolph-Macon was only behind by one after having trailed 25-13 just nine minutes earlier.

"Just take advantage of every opportunity I've been given," Arrington said courtside following the win about her work, especially offensively, in the critical second period. "It's always nice to get to the free throw line, then see the ball go in the net. That always helps mentally, with confidence."

Jayla Harris, who led all scorers with 26 points for the Marlins (10-7 ODAC, 13-11), fittingly ended the first half with a jumper to extend the Virginia Wesleyan lead back to three at 35-32. But somehow, despite Harris' play, the Yellow Jackets had scratched and clawed their way back into contention.

The second half began as more of the same, the Yellow Jackets keeping the Marlins in their sights despite being behind. Head Coach Carroll LaHaye credited the defensive play of Jayla Wade for working, possession after possession, on Harris, trying to crack her, to wear her down.

"Our Jayla put enough pressure on her (Harris) throughout the game. (Harris) can singlehandedly control the game by herself," LaHaye noted. "By the time we got to the end when her team needed her, she didn't have it."

Harris put an end to a Randolph-Macon 17-3 run over the final 5:15 of the third period with a three-pointer at the top of the key to get Virginia Wesleyan back within five at 59-54 going to the fourth period. That run was sparked by a Charlotte Woods, a Michal Ross steal, and two free throws from senior Kelsey Wisner. Arrington nailed a triple with 4:09 left to give the Yellow Jackets their first lead since 7-5 early in the first period.

The teams traded misses, then the Yellow Jackets clinched the win at the free throw line. After struggling there early in the period, Elise Knobloch made one of two with just under a minute to play, then, after a Woods steal off Harris with 32 seconds left, Ross was fouled, made two free throws, then forced yet another steal, finding Woods at the rim for the hoop to seal the key conference victory.

For a team that lost four straight conference games at one point after the loss of All-American Kelly Williams to injury for the season, they've started to find their second identity of the season, and at just the right time. With the victory, Randolph-Macon goes up a half-game on Lynchburg and Washington and Lee, who both play Wednesday night. All three entered the final week of the season tied for third in the ODAC.

After losing to Bridgewater at home three weeks ago, LaHaye met with her team at practice and challenged them.

"It really boiled down to, who we are, what do we want to be, and are we going to be able do it?," LaHaye recalled telling her team. "Some people have kicked us out, written us off. Throughout the time we've been without Kelly, we've given hope to those teams, and hope wins. I said, hope wins all aspects of your life, and there's hope for us! Why don't we grab onto that?"

Tuesday was another example of Randolph-Macon grinding its way, finding its way, to grab another piece of hope with Senior Day coming Saturday against ODAC regular season champion Guilford, then the trip to Salem and the ODAC Championship Quarterfinals on Friday, February 22.

NOTES: Charlotte Woods registered her sixth double-double of 2018-19 with 13 points, 14 rebounds, and, most impressively, eight steals in the victory. Ross finished with eleven points on the night. After shooting 70 percent in the first quarter from the field, and 57.1 percent in the third, the Marlins went just 3 of 15 from the floor in the final period. Randolph-Macon ended the night 19 of 25 at the free throw line. Saturday's game with Guilford tips at 2pm. Live Twitter coverage available on @hanoversports. 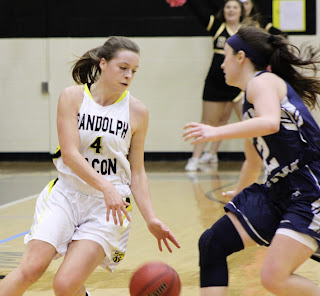 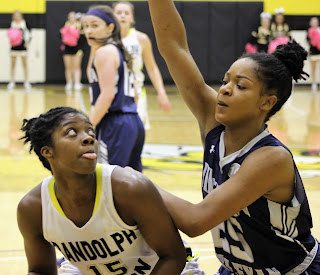 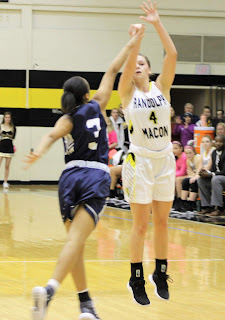