For the second straight year, Hanover baseball gets a Sheriff's Department escort into Hanover High School. This year, though, without the tornado warning that plagued last year's celebration.

Derek Casey pitched a complete game and the Hawks offense broke open for their best performance in region or state competition, cruising to a 7-1 victory over Millbrook for the 4A State Championship.

Hanover finishes the season at 21-2, having not lost in Virginia all season, their only two defeats coming at the Forest Acres Spring Break Classic in South Carolina. After the contest and trophy ceremony, eleven Hanover seniors broke out their caps and gowns and received their diplomas down the third base line at Liberty Stadium in Lynchburg, about 30 minutes before the Hanover Commencement for the Class of 2014 began back in Richmond at the Siegel Center. 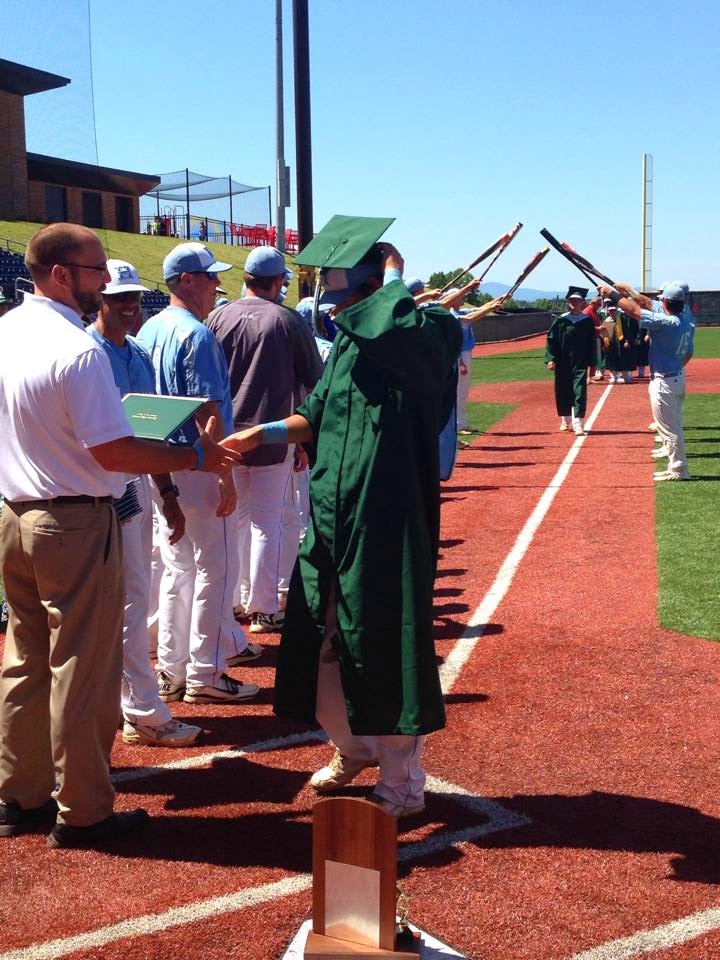 (Photo Courtesy of Kathy Denton)
Posted by robwitham at 6:48 PM