If the first weekend of Hanover's season is any indication, absolutely nothing will come easy this year for the Hawks.

After surviving a furious Midlothian comeback in Wednesday's opener and prevailing despite a horrid shooting night against Tucker Friday, the Hawks, to win the Conference 20 Boys Tip-Off Tournament, would have to get past the host Glen Allen Jaguars.

And, as expected, the game was nip and tuck, back and forth, and before it was over, they needed five extra minutes. But the Hawks did what they've done all week, survived. Hanover defeated the Jaguars 56-53 to win the inaugural tourney.

As they have all week, Jalen Elliott and Cutch Ellis came up clutch when it mattered most. It was a 53-53 tie with a minute left in the extra session. Hanover got the ball, and Elliott found Ellis who hit the eventual game-winning bucket. The Jaguars would miss their chance to tie/take the lead, and had to foul. Josh Harris went to the charity stripe and hit one of two free throws. The Hawks held the final seconds and the trophy was theirs.

Hanover, now 3-0, will next host 1-1 Patrick Henry in a county rivalry, non-conference affair Wednesday night in the Bird Cage. 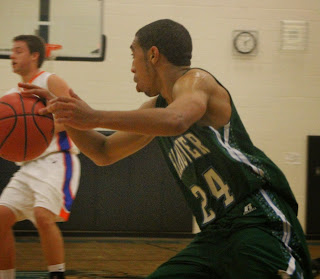 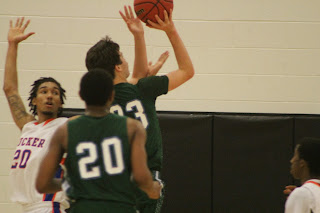 Meanwhile, at Douglas Freeman at the Rebel Invitational Championship, the Atlee Raiders looked to capitalize on the momentum received by upsetting the host Rebels in Friday's semifinals 64-60. They would have to battle a tall, quick, disciplined St. Christopher's, a team they scrimmaged recently.

And, though they played better against the Saints tonight than in that practice event, it wasn't enough. The Saints shut down Brian Miller over three quarters, utilized a masterful trap pressure scheme, and would run away in the middle quarters to defeat the Raiders to take the tournament title, 66-51.

R.J. Jenkins led Atlee with 16 points. For Miller, seven of his 13 points came in the final quarter with the outcome little in doubt. Miller, coming off a 32-point night in the Freeman win, was named to the All-Tournament team. He remembers the frustrations of so few wins last season, and, despite Saturday's outcome, was happy about what the Rebel Invitational experience means to his young teammates.

"It's big for our team, big for our program to start off strong in a strong tournament," Miller noted courtside.

"It's incredible. The win against Freeman, first win against a pedigree program since I've been (at Atlee). We went 0-3 last year here, Freeman beat us by something like 35, so our kids are pumped up."

The Raiders will go deep this season, and with Reid McCoy and Travis Barton only having two practices with the team since football season ended, once they end the learning curve, the depth only gets stronger. Both played tonight, McCoy scoring four points. He'll be counted on on in the inside for a team that does lack in height.

A healthy Ross Gardner will bring height, and critical game experience, back to the team. Gardner, who missed most of the football season with a foot injury, could be back by the new year.

Tournament MVP Nick Sherod of St. Christopher's led the Saints with 22 points. The Saints go to 3-0 with wins over Albemarle (a fellow Conference 16 member with Patrick Henry in 5A North), Mills Godwin, and Atlee, all by double digits. They next play at Woodberry Forest outside Charlottesville as they begin private school play Wednesday night.

The schedule only gets tougher for the Raiders, as they have their home opener Friday versus Highland Springs, then travel to Varina Tuesday 12/17 and host the aforementioned Hanover Hawks on Thursday 12/19. 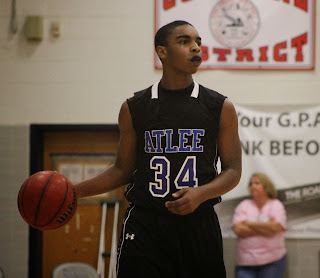 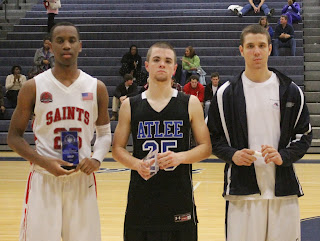